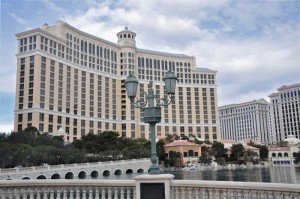 That’s the Bellagio, and it was our home for the MLK holiday weekend. Well, more like our crash pad. Since we partied like college kids the entire time, we saw very little of our ultra fancy room.

This was mine and Roger’s first time in Vegas, and we were impressed. The hotels are beautiful. I kept thinking how small Vegas looked, but then I realized it only looked small because EVERY building is huge!

END_OF_DOCUMENT_TOKEN_TO_BE_REPLACED 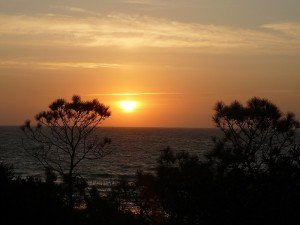 After Lauren’s graduation, we headed to Hilton Head for a weekend at the beach and stayed at the Marriott Resort and Spa at Palmetto Dunes.  The first day we went to the spa, which was really nice after driving from Atlanta to the coast in constant rain. We didn’t plan much for the weekend, because it was supposed to rain the whole time. But then something crazy happened – the sun came out.

So on Saturday we headed down to the pool, and discovered flags. Each pool chair had a flag you could raise for when you needed a drink or food or whatever. Hello lap of luxury! There was a bar and a restaurant next to the pool, so you could eat at a table right on the beach if you wanted. We passed on the alcohol (it was before noon) (ok, that wouldn’t really stop us – we were just not thirsty), but we took a short swim and that water was cold!

Then we headed down to the sand to check out the beach. The beach there is pretty, and like most Atlantic beaches I’ve seen, has a huge area of packed down sand where the tide comes in and out. That always amazes me, because on the Gulf the tide comes in about 5 feet. So there’s not a lot of packed sand lying around. It’s all fluffy white sand that gets everywhere (and stays everywhere despite the 3 showers you took to get rid of it).

That afternoon we explored the south end of the island and found Sea Pines. Yeah, we just thought we were mingling with the fancy pants folks at the Marriott. Sea Pines has mansions on the beach and golf courses on the PGA tour. This place is gorgeous! We at lunch at The Wreck of the Salty Dog outside overlooking the harbour and then wandered around that area looking at shops and sights.

Then we headed off to Harbour Town to tour the lighthouse and visit more shops. They had a Christmas shop (Heaven!) where we found a nativity for Mom.  My mom doesn’t officially collect nativities, but during Christmas her house is covered in them. (I’m on my way to becoming an unofficial collector too  – it must be genetic.) Anyway, a palmetto tree makes up the right side of the nativity, and I thought that was a cool way to tie South Carolina into it. It also shows Mary and Jesus on a donkey, which I’d never seen before in a nativity. 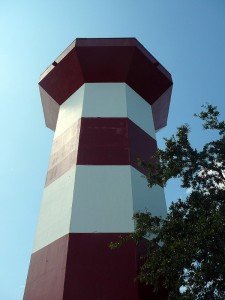 Late Saturday evening we went to Brews on the Harbour, a beer, jazz, and seafood festival at Shelter Cove Harbour. This festival is pretty new to the island, as this was only the second year for it. Roger found out about it through an article in a local magazine that did its best to convince Hilton Head Islanders that beer wasn’t just for frat boys anymore.

So this festival was all about showing the masses how great beer can be. Yay! Unfortunately they ran out of glasses and gave us a Dixie cup instead for the SAME PRICE. And they gave us drink tokens. Tokens? What happened to all the beer you can drink from a tiny cup? Ah well, the festival is still a toddler. It will grow and learn and become a better festival one day. We still had fun! 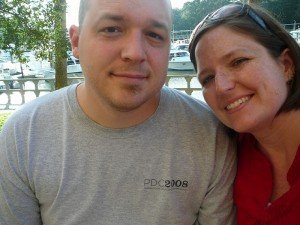 After a long day I fell asleep watching the UGA/Arkansas game. The lead changed hands 4 times in 5 minutes, but even that wasn’t enough to keep me awake. And it’s a good thing I fell asleep early, because Roger woke me up in time to see the sunrise. I was too confused to say “what the??” and just sort of stumbled out of bed. And I’m glad I did. I got a great picture (see above) and some quiet time with my sweetie.

Check out the rest of our Hilton Head pictures on our photo site. 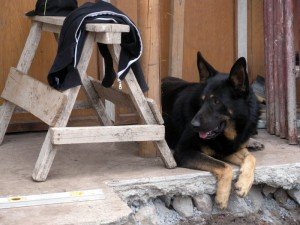 This is Drufo. He was one of the dogs at the construction site in Ecuador. His favorite resting spot happened to be where the team was digging an 8 feet deep hole. But did that bother him? Heck no! He just jumped down in the hole and took a nap. And don’t worry – he had an escape plan . . . 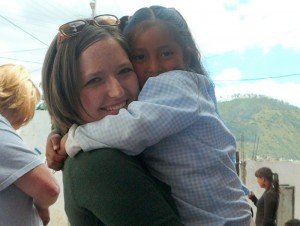 It means “Hills of the North,” and it’s a special place in the hearts of our Ecuador mission team. In years past the team has worked with the children at the daycare here. The kids are ages 2-5. We visited them on our last work day, and they managed to touch all of us in just a few minutes. END_OF_DOCUMENT_TOKEN_TO_BE_REPLACED

At tonight’s devotion I realized something – God is making sure we don’t fail.

Today Karen worked construction, so I led the music (Tanya, are you proud?!?). Even though I volunteered for this job, I was really nervous. The songs are in Spanish and the tunes are new to me. But today at VBS not only did I do a pretty good job leading the music, I had FUN! God was there.

Chris hurt his arm working construction and so had to join the VBS team for today and tomorrow. But it was awesome with Chris. The kids love him and he’s a great addition to our team. God knew we needed him there.

Travis shared a story tonight about how his working area was directly in the sun. The helpers at the church tried several times to make some shade for him with tarps, but it never worked. Later, the pastor told the translator he had something to tell Travis. He said, “We tried to provide you shade but failed, so God sent clouds.” Travis said the clouds stuck around the rest of the day. God provided.

We can’t fail. God is making sure of it, and I’m so thankful for His power. At devotion, Gail told us that God is always there providing for us, but we often miss it in the comforts of home. I tell you what I’ve learned – God’s love and power are magnified here. It’s like suddenly His love for us is in focus; it was always there but now I see it so clearly.

Thank you to everyone who gave me (and all of us) the chance to be on this mission. I know I’m not alone in saying that the experiences here are life changing.

And finally more pictures! First from the construction site. Today some of the church members came out to meet the team and see their progress. 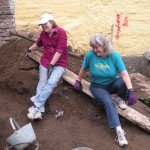 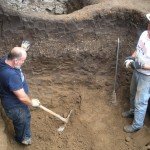 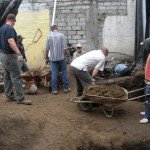 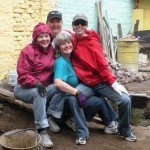 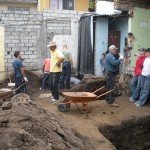 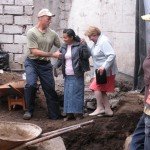 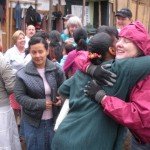 I’m sorry again for the lack of VBS pictures. I’ll try to snag someone’s memory card and copy some of the photos. I snapped these while hanging outside the daycare between sessions yesterday. The kids come out from everywhere and love to have their picture taken. 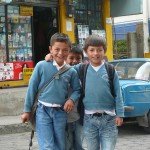 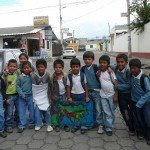 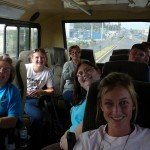 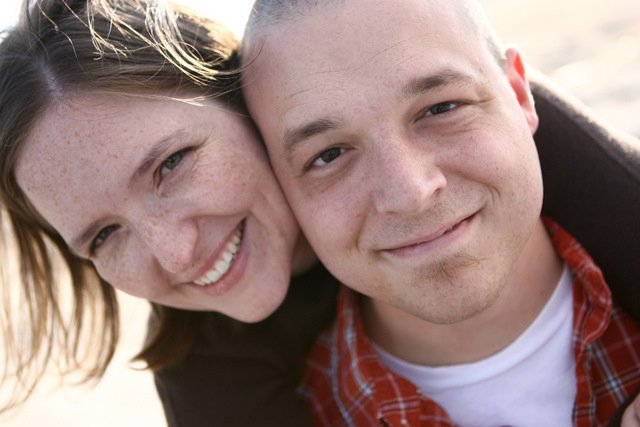